Well it’s such a pleasure to write! I have been more on YouTube these days, so blogging hasn’t been happening much. But I tell you, blogging is sometimes so much better to communicate a few things.

I have had a few requests on this particular topic on various forums and Facebook groups. So, nstead of digging out the picture from my desktop I decided to write a bit more in detail. Here you go!

My under-bed was at one point of time a vast of ocean of un-found treasure of cushion covers and mats and runners and linen and sheets and what not! It just looked a lot! Yes, a lot!!!! 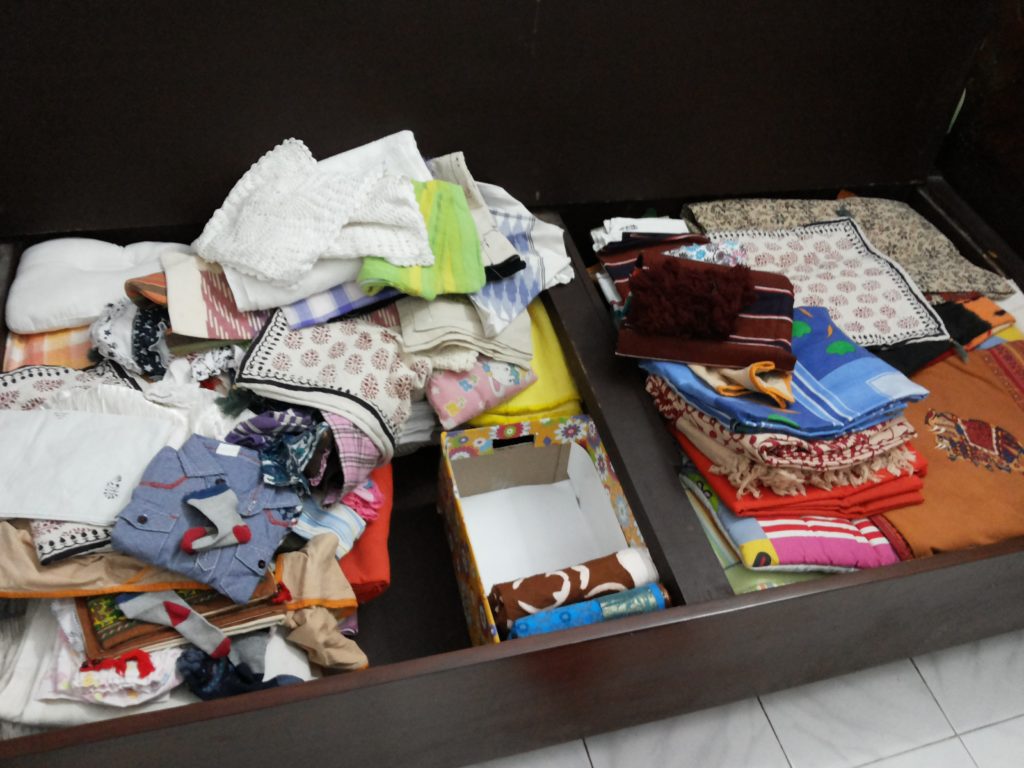 What you see on the right is how it was. There was only one word for it – Overwhelming!!!!
Something had to be done and i knew it would be bins and baskets. Let me tell you the fact – i had no intention of spending money on something that would lie hidden under the bed! Having said that I am not a big fan of cardboard boxes as they get all the fauna of insects and cockroaches.

But there was a way out. I could cover them up! (1) My fear of cockroaches growing inside would be put to rest. (2) The boxes would look neat. (3) I don’t have to spend much! So, here’s what I did: 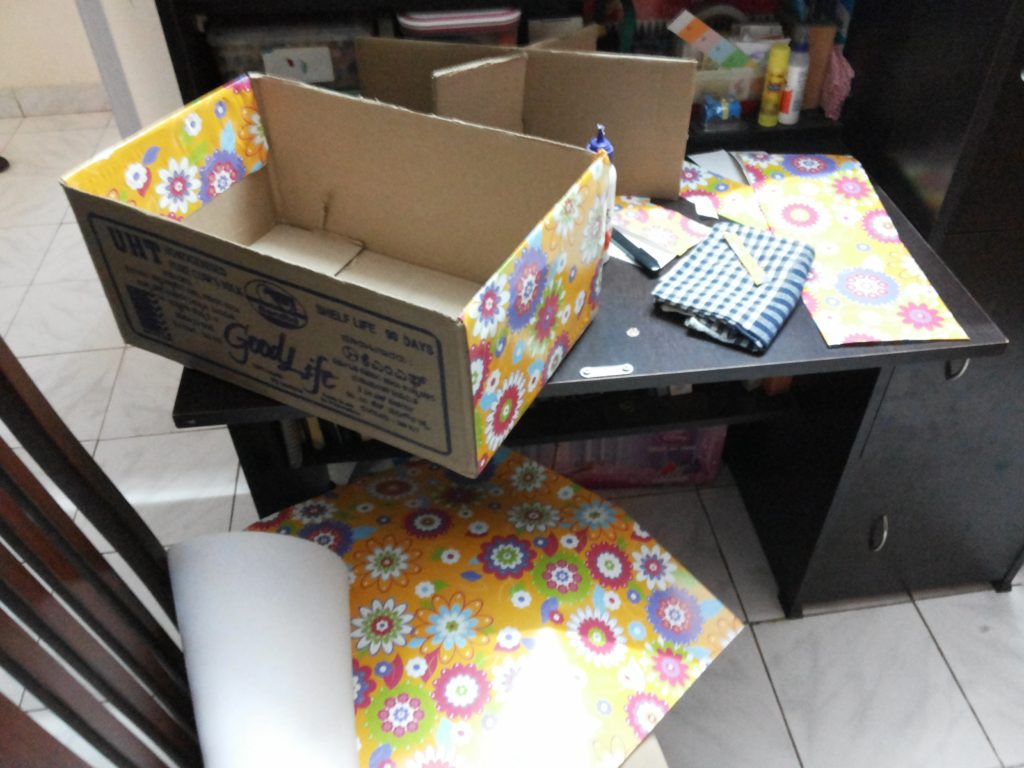 I got a bunch of Good-life milk empty carton boxes from my regular super market guy. I brought so many from him that every time he would see me he would be like, “Madam, aur chahiye kya” and I would be like Noooo, i am done! He he he! So, next what? It was this:

1. I segregated all the stuff that I had

2. I made a bunch of those boxes

3. Folded the linen etc in a way that they could be stored one behind the other in the filing method. It’s only quite recently that I came to know that this technique is called the Konmari method. (I remember having folding in this technique forever!)
4. Arranged the boxes category wise.

5. Added a 2 full packs of napthalene balls and camphor (kapoor). 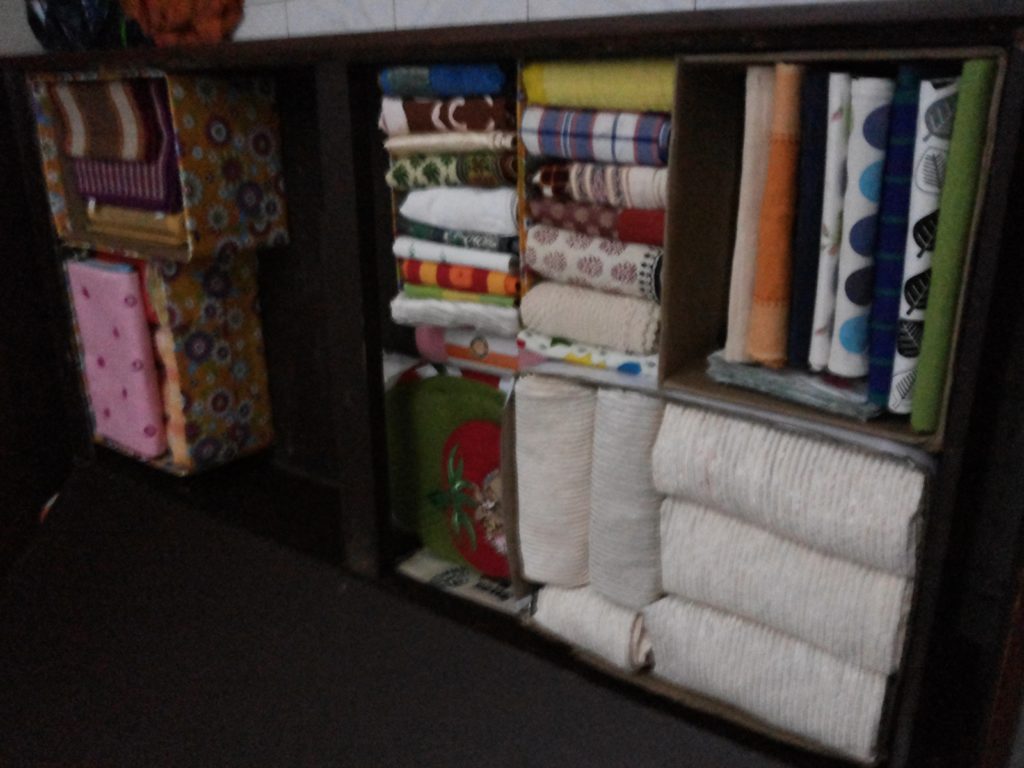 I was so thrilled! The out come was so satisfying!

Well, I wish I had more pics to share. I had taken these pics to send my mom. At the time when I made this, I had no clue that I would be blogging and dong YT Videos! 🙂 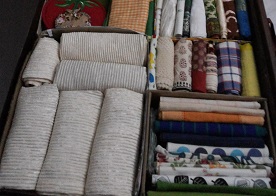 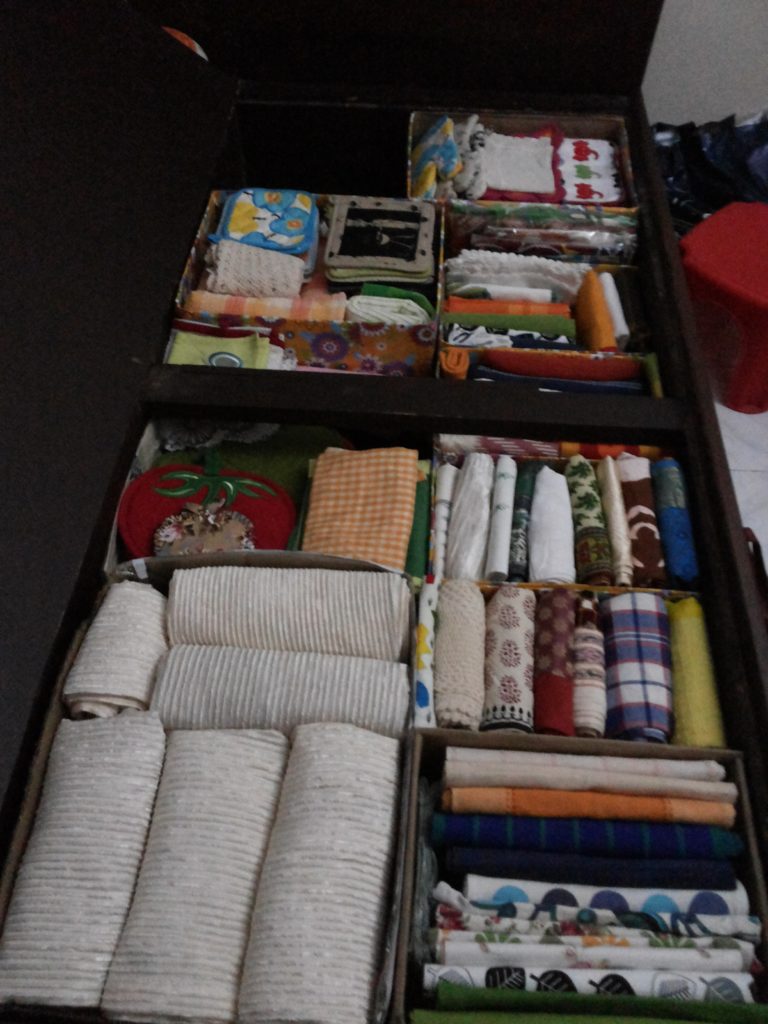 But I am so happy to share this easy DIY with you all. 🙂 Honestly, I am not a DIYer. But doing this made me super happy!

And when we shifted to our own house, it was so easy for me to keep them back into the storage as it is. The packer guys loved the idea and they cooperated by not spoiling them! 🙂

Just a suggestion- when you get the boxes make sure that they are:
1. fresh – (a)They will last longer. (b) They would be sturdy (c) They won’t have any existing bugs and roaches.

Don’t get them if your shop vala has exposed it to rain or moisture. There’s no point. You won’t be able to stick the paper well. It would catch insects too. And the under bed would smell!

Well, I hope you all liked the idea. Let me know. I am on facebook. I have my e-mail Id on the site. Share your photos. 🙂

And untill my next post, be orgnized, be productive, be happy! Adios!